So, I've successfully been Facebook & Twitter-less for 22 days.
It's kinda funny.
I don't open up the internet anymore and put the mouse right to where my Facebook shortcut was on my tabs bar.
I might try making this an annual thing.
Maybe.
The funniest thing about this is everyone makes comments like, "Facebook is dull without you… no one 'likes' my stuff anymore."
#storyofmylife
I'm over halfway along my way.
Easy-Peasy.
Food for Thoughts :)
Posted by Gina Rasicci at 6:06 PM No comments:

Email ThisBlogThis!Share to TwitterShare to FacebookShare to Pinterest
Labels: No More Social Networking

All around me are familiar faces

Bright and early for the daily races

Any I find it kind of funny 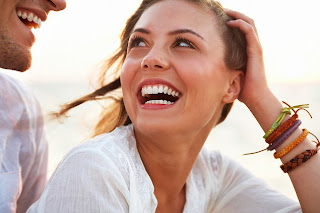 I find it kind of sad 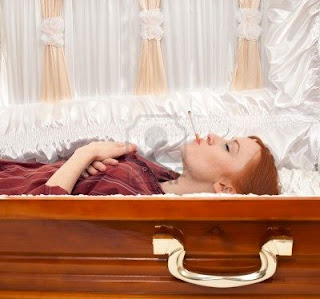 I find it hard to tell you

I find it hard to take

When people run in circles it's a very, very...

Posted by Gina Rasicci at 5:12 PM No comments:

March And All It's Madness...

It's that time of year again.
March Madness.
College basketball.
Brackets.
Tournaments.
Winners.
LOSERS.
One Champion.
So, I made a bracket this year…
And I was doing surprisingly well…
Until Duke lost their game vs. Lehigh…
It pretty much destroyed my whole bracket… :/
How are the rest of you doing?
Hopefully better than me…
Food for Thoughts :)
Posted by Gina Rasicci at 5:04 PM No comments:

"Tonight will be the night that I will fall for you, over again.
Don't make me change my mind, or I wont live to see another
day, I swear it's true..." ♥
So, I had this in my drafts & I figured I should just blog this :P

This song is called "Fall For You"...
Which reminds me of my senior year's homecoming dance.
That was the theme.
Haha.
Sometimes I miss high school...
But only for three reasons:


Reason 1:
MY FRIENDS
It's not that I didn't make so many new friends here at college or something like that.
It's just that my core group of friends...
Those people are some of the greatest people I will ever have the pleasure of knowing...
And it's weird when I think that they're not just a couple minutes away all the time.

Reason 2:
MY FAMILY
I'm pretty sure that if my family were close to me I'd probably wish I went farther away or something...
But, sometimes I really miss them & I wish they weren't so far... It's a comfort knowing that they could be anywhere I needed them in a reasonable amount of time...
But, now I know it'll at least take them 2 hours and 20 minutes to get to me...
Scary thoughts...
Reason 3:
JOURNALISM
That class was seriously one of the best things to ever happen to me.
I loved everyone on the staff <3
And I loved Mr. DeVitis! He was seriously the best teacher I've ever had.. and probably ever will have!
In the four years & five classes I had with him, I learned so much.. not only about English and writing, but about life.
And, anyone who has had him... you probably recall learning some things about life that from the male perspective and occasionally stereotypical to women...
But, nonetheless.. Everyone (for the most part) loved him!


The way my mind moves is ridic.
I love telling people out loud how my train of thought works & how I explain how one thing leads to another.
Sometimes it's all over the place.
Most of the time… actually…


Food for Thoughts :)
Posted by Gina Rasicci at 5:00 PM No comments:

When We Arrive Sons & Daughters...

The Decemberists.
Like the music playing on here?
It's them.
& I'm liking them a whole bunch right now.
I've liked them for, probz the past 6 years :)
I've seen them in concert twice & they're so amazing live!
I like their earlier stuff the most! :) Give them a listen!

SO:
What's the haps?!
Today was the first day back after break.
Everyone seems slightly more lackadaisical than usual :P
I don't wanna learn right now.
Just cause it's hard to get back in the swing of things.
WAH.
Myrtle Beach was stellar by the way!
Some of the haps were kinda sucky, but the end of it made up for all of it!
Especially since we lost an hour.
That's probz why I'm extra tired right now.
ALSO:
Does anyone watch Desperate Housewives?!
I'm thoroughly upset from what I saw last night... I can't believe they're about to end this show & what they're doing to me!
I also love the fact that my fam also loves the show :P My cousin Kaylee texted me right after & I love how she was equally as upset as I was at the exact same time.
I was with Austin & he did not care about it so I had no one to freak out to! :P
Austin is so preshh still :)
He made me watch this commercial though, which made me so sad :(
I was honestly SO smiley the whole time!
And then the end happened & I just wanted to cry.
One day, Chicago..
One day...
& on that note:
Goodnight :)
Happy Monday &
Have a terrific Tuesday! :)
Food for Thoughts :)
Posted by Gina Rasicci at 11:21 PM No comments:

Myrtle Beach
South Carolina
We've been here for a little over 24 hours now.
& I am loving this weather!
It was a little windy today though, so we didn't spend too much time at the beach, because sand was flying everywhere.
The guys in our group played a bunch of guys from Penn State in football & we won!
First & only time BG could beat Penn State in football probz...
Soo, I'm excited for the rest of the week because it isn't going to be really windy the rest of the week.
WORST PART OF THIS:
I MISS AUSTIN :(
#sosad
#boyfriendprobz
I hope you're all enjoying your Monday!
Happy Spring Break/regular week for everyone else :P
Food for Thoughts :)
Posted by Gina Rasicci at 9:01 PM No comments:

It's not even bad & I'm actually getting so much work done.
Crazy.
So, what's my life right now?
It's da bombbb.

Speaking of "bomb"....
"Da bomb" is just something people say to mean, "Awesome" or something like that.
HOWEVER....
Some people take things like the word, "Bomb".... too far...
This past Tuesday
A bomb threat was made on my high school alma mater, Green High School...
This really bothers me.
I'm almost at a loss for words.
I really don't understand what gives people the idea that making bomb threats or suggesting that there is a bomb in the building is okay to do.
It's not.
I can assure you.........
Come on people.
We live in (what was once) an upscale community.
We're better than this.
Stop doing things like this
We've been in the news far too many times.
ANYWAY:
I've got one more day until Spring Break :)
I can't wait to be on the beach & just relax & not think about school.
I'll sure miss BG though while I'm gone.
& Austin <3
& My fam, since I'm not going home <3
I hope you're all excited for the weekend.
#wewewesoexcited ;)
It's (almost) Friday :P
Happy Thursday everyone :)
Food for Thoughts :)
Posted by Gina Rasicci at 9:38 PM No comments: