& I'm so tired and bored that I thought I'd share :)
This might be my most insignificant blog yet... Ha


Food for Thoughts :)
Posted by Gina Rasicci at 2:03 AM No comments:

The Wonderful Wizard of Oz...
If anyone missed it, my lack of blog posts was due to my hectic schedule.
I had rehearsal every day & there was just never enough time.
I had a pretty nice experience though.
It was hectic nonetheless.. But what show isn't?
Our show sold out so quickly that half the students didn't even get a chance to see it!
We were happy though, because of course, being a program of the arts, we definitely have our struggles with money & keeping afloat!
Since our levy failed though, we'll see what our status is next year!
Musical Theatre is a class at school during school, which is when we learn our stuff
(Before we start after school rehearsals that is)
[& Those start three weeks before the show opens]
So, yeah... That's basically the status on that one :P
Maybe some of you had the chance to see it!
Or maybe you've seen shows of ours in the past?
They really are impressive for high school shows.
It'd be a real shame to lose something like 'em...
I'm graduating & won't be here next year, but my brother is only a freshman... and I want him and everyone else to be offered the same opportunities that I was able to have!
Like I said, we'll see!
I hope you all had a nice Thanksgiving :)
Food for Thoughts :)
Posted by Gina Rasicci at 11:21 PM No comments:

What in the world happened...

Whatever happened to chivalry? 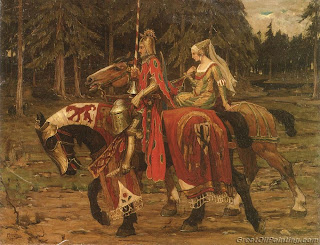 Does it only exist in 80's movies? 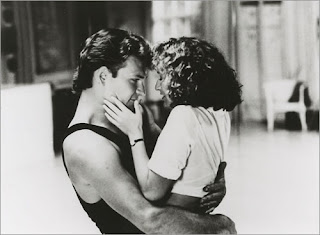 I want John Cusack holding a boom-box outside my window. 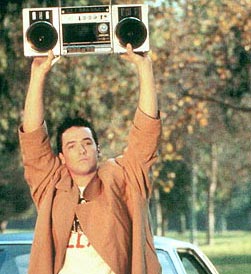 I wanna ride off on a lawnmower with Patrick Dempsey. 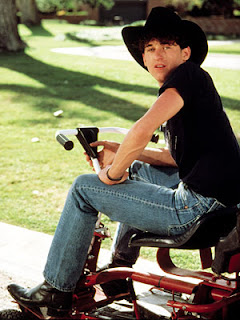 I want Jake from Sixteen Candles waiting outside the church for me. 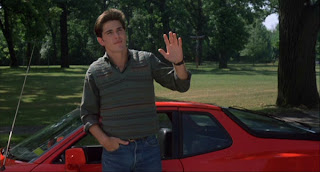 I want Judd Nelson thrusting his fist into the air because he knows he got me. 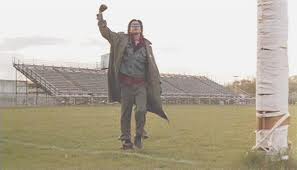 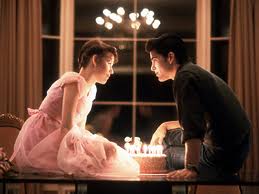 ...Preferably one with a really awesome musical number for no apparent reason. 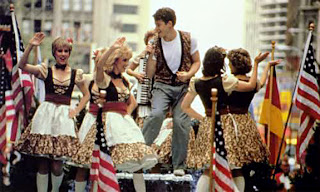 But no, no, John Hughes did not direct my life. 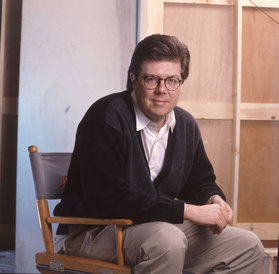 I've been stinking at this blogging stuff lately.
I did so well during October, and November came around and I had Musical Theatre every night and things just got hectic.
Hopefully you'll all understand :)


I guess you'll all need to be caught up!
So:
We had a really fun MT spirit week! 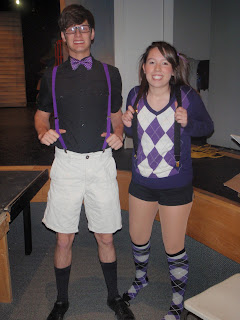 It was nerd day... :) Hahaha. Check out them suspenders :P Haha
Anyway, the show's coming along... But not as smoothly as I'd like to see...
We have two rehearsals left... and we haven't finished one of the dances & the scene transitions need a lot of work... not to mention we'll need to learn the curtain call still!
I'm trying to have faith in our abilities to pull something together...
But I've never been this nervous about a show before...
Not to mention having really lengthy rehearsals & having homework and school stuff to take care of.
This next week will be the craziest one to date.
.. Maybe.
But still, we'll do it.. I know we will.. We have to! :)
Aside from MT craziness... Nothing's really happened. I haven't done anything besides live at the school and work on Wizard of Oz stuff.. or the school paper.
Hello EIC, that's me :)
[Editor-in-Chief].... :) Hahaha
I went in to school for a half-day last Friday :P I was so exhausted from practice & I had the worst migraine.. Ewy!
*Sigh* Just thinking about everything that's going on gets me so stressed out!
You wanna hear the most adorable thing ever!?
So, my most fave sophomore ever had to bake cookies for her german class and she set aside a couple for me & wrapped them in foil & wrote on top: "Gina: Deep breaths and everything will be okay." :)
Seriously. My day was so crazy and I just felt so stressed & I looked down and noticed there was something written on the thing she just handed me when we happened to see each other in the hall. I got a little teary & really thought that everything WOULD ACTUALLY be okay :)
Seriously, it made me realize how little gestures can really affect someone's life...


We do get an hour break for lunch though...
So don't think they're starving us or something like that.


This show will hopefully be pretty good...
We've just got a lot to learn in twelve days (Which is when the show opens)
So, perhaps it'll come together throughout this next week when we have rehearsal from 6PM to 10PM.. Woo!... :/


I've been sitting here forever & I'm not really doing much...
But my throat hurts really bad :/ So, I don't really want to spend eight hours singing.


If any of you are planning on being bored any day from November 18th to the 21st, you should definitely consider coming to see the Wizard of Oz :) It's gonna be good... Well, especially our set. I don't even want to admit how much money we spent on it.


It's gonna be swell... once things actually start coming together.


& Then after that, I'm hanging out my friends :)
Not like we don't do that every weekend though :)


You have no idea how much I love senior year!
I probably get one thing for homework a week... MAYBE!
It's pretty fabb :)
I also love that I got almost all of my academic classes out of the way early on so I can take it easy this year :)


This blogging session is basically a rant... after Musical Theater is over, I'll be much more happier and cheerful... I promise :) Hahaha


My terrible mood right is on roll-over from yesterday & the day before... Hopefully things will be better soon :/ *sigh*


We're learning more songs right now...
So, I mean I suppose that's good...
But I don't wanna...
and I just got back from doing a song again... the one we know very well.


Oh, well...
This day can't get too much worse.
Lalalalalalaa....
I'm out of complain-y things to say :P Haha

It's been quite a long time since I've been able to blog.
I've been pretty swamped!


Well, I voted today for the first time ever :)
My school's levy hopefully passes, because if it doesn't, all the younger kids in the grades below me won't have as many educational opportunities :/
We'll see how things turn out...


I also went out to lunch with Caitlin... which was a splendid time, indeed.
Scotty & I went to see Toy Story 3 too! :)
It was the first time he saw it... It's such an adorable movie!
Then, I had to go to musical theater rehearsal for Wizard of Oz...
It went pretty slow tonight :/
So, I'm gonna be repeating that for the next couple weeks...
So, I don't know how much time I'll have to blog.
We'll see how that goes...


I'm super tired though... so, I'm going to sleep.
Goodnight everyone :)